Presenting ‘My Bitcoin Holiday’ By Staysure

Staysure, the UK’s largest travel insurance provider, has launched the world’s first Bitcoin holiday comparison tool to chart the meteoric rise of Bitcoin’s value over the past decade.

The current value that one Bitcoin can bring you today is drastically different than the value of one Bitcoin in 2012. Nevertheless, the price of Bitcoin has certainly seen its ups and downs over the course of the past decade, meaning the growth in value of one BTC can be a difficult concept for many to grasp.

The UK’s largest provider of travel insurance has launched the world’s first Bitcoin holiday timeline to bridge this gap in understanding. The tool, named “My Bitcoin Holiday” was created to highlight Bitcoin’s soaring growth in value over the last decade, allowing users to plan vacations with the budget of one Bitcoin over various different time periods.

The tool allows users to select any month over the last ten years. Each month provides the user with a budget (the month’s close price of 1 BTC converted into GBP). Users are then prompted to build a holiday with their 1 BTC.

To really show people how Bitcoin has been growing, users are then prompted to select another date, from which they can then compare the two very different holidays they could have built by spending 1 BTC in two different months over the last decade.

Taking New York as another example, pre-pandemic, a 1 BTC holiday could afford you a 5 night stay at a NYC hostel, a budget car hire and a meal for 5 at Rudy’s Bar & Grill. A 1 BTC holiday could afford you 3 nights at the Four Seasons, 2 nights at the Crosby Street Hotel, a table for 5 at Caviar Russe, a luxury car hire and a NYC helicopter tour. Needless to say, if you were lucky enough to own one Bitcoin five to ten years ago, the kinds of luxury holidays you could buy now are really remarkable.

Bitcoin has emerged as a payment option for a range of different applications and platforms and is becoming increasingly mainstream. The launch of the tool is one example of national brands paying attention to travelers’ increased appetite for cryptocurrency payments—a demand which looks set to grow over the next decade.

Staysure is the UK’s leading specialist travel insurance provider, having been founded in 2004 by British entrepreneur Ryan Howsan. Staysure offers a range of travel insurance products under their Staysure, Avanti, and Paying Too Much brands. During the recent pandemic, Staysure was the first travel insurance company to offer COVID cover to travelers and has provided travel cover for over 8 million people since 2005.

Disclaimer: This page contains a paid press release. Simplecryptoguide.com does not endorse and is not responsible for or liable for any content, accuracy, quality, advertising, products, or other materials on this page. Readers should do their own research before taking any actions related to the company. Simplecryptoguide.com is not responsible, directly or indirectly, for any damage or loss caused or alleged to be caused by or in connection with the use of or reliance on any content, goods, or services mentioned in the press release. 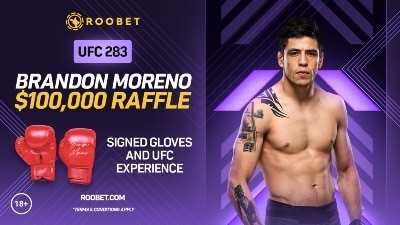